On October 3, 2015 the Department of Imaginary Affairs officially debuted with its first public project, The East Side Story, an Independent Project during Scotiabank Nuit Blanche at St. James Park in Toronto. The project endeavoured to capture the narrative of citizens who live, work, and play on the East side of Toronto, about why they live there and how they see the area developing in the future. The stories that were collected were bound together in a 6 by 10 foot (12 by 10 foot when opened) storybook and displayed in the gazebo of the park. During the 12 hours of the event, visitors were encouraged to read the 144 stories contained in the book and collaboratively turn the pages (made of vinyl).

Stories were collected the night of from visitors on a large 5 by 7 foot page hung in the gazebo. Though The East Side Story was a public art installation, it was also research for the DIA to gain an understanding of the themes, concerns, questions, and general excitement of what the East side has to offer its residents.

In 2017, The East Side Story became The Storybook Project. With each new community we engage with, we will add their stories to the book, both physically and digitally. It is our hope that this becomes the largest book of individual stories in Canada.

View the gallery
Visit the library

Do you have a story you want to add to the book? We’d love to hear from you!

News about The Storybook Project 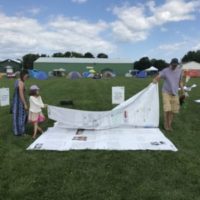 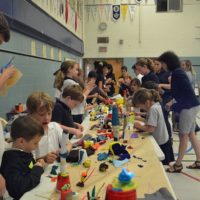 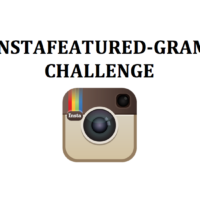 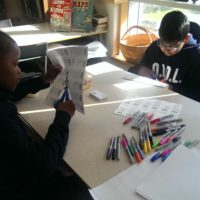