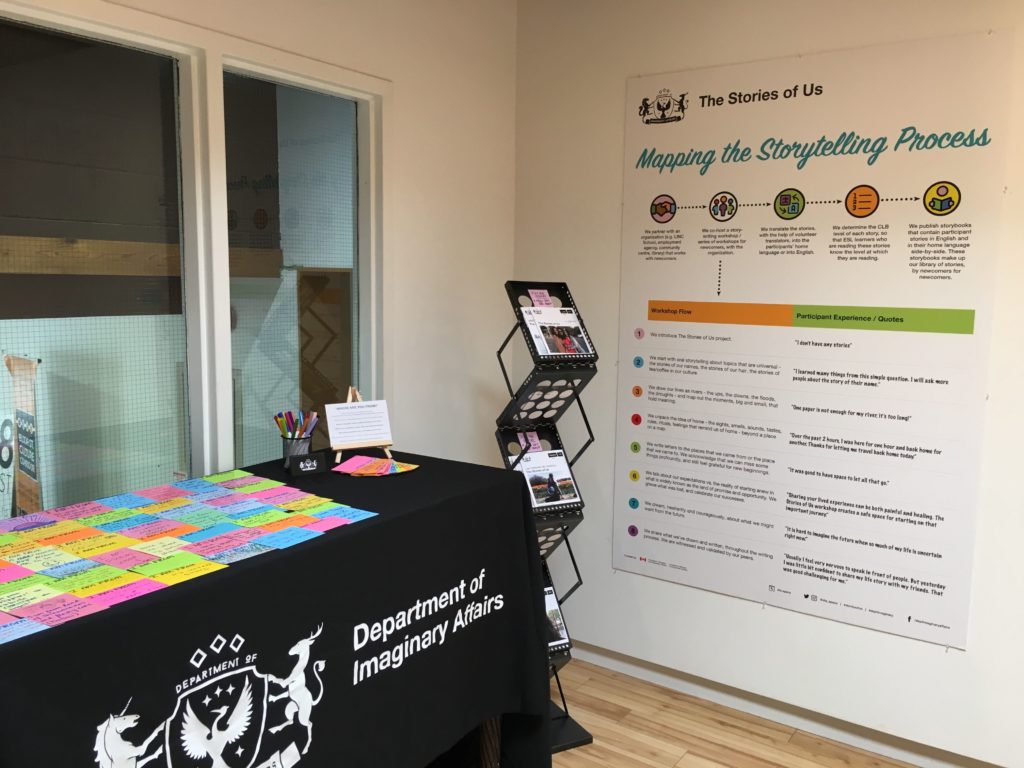 A year ago today, I started as Program Manager of The Stories of Us program at the DIA. Naturally, hitting the one-year mark prompts some reflection, particularly on how the past few months have shaped up. Whereas the fall and winter months were workshop-heavy – trying out different workshop structures to see which ones stuck, experimenting with different story-writing prompts, and ultimately gathering the stories that would populate our ESL library – the spring and summer have felt like a liminal space.

An in-between state between where we’ve been and what’s next.

A space for reflection.

An opportunity to pause for long enough to connect our day-to-day work back to our grander vision.

A moment to entertain the existential crises that inevitably accompany most impact-driven work.

This wasn’t a period that we planned for, but rather one that organically emerged. It turns out there’s a natural moment of contraction after the chaos of the end of the fiscal year in March / April. It’s followed by a longer lull in the summer as schools (AKA publicly funded daycare) close and quite a few programs pause for a few months as many newcomers resume their parental duties full-time. And if you’re a government-funded program like we are, things also slow down in the few months preceding an election. Suffice to say, period of pause.

During this period, we’ve been able to engage in activities that we often don’t have the time to explore when we’re knee-deep in program delivery:

It’s funny to think that a year ago today, the fact that this whole program was an experiment felt like the most anxiety-inducing part of my job. Today, it’s the part I appreciate the most.

Mathura is a design researcher by nurture, and a storyteller by nature. She holds a Bachelor of Health Sciences from McMaster University, and Masters of Design in Strategic Foresight and Innovation from the OCAD University.